The Difference Between Freshwater and Saltwater Reels

Fishing has been around for as long as humans have, really. An important sustenance source for our prehistoric ancestors, it looked a lot different than it does today. Using primitive ways of catching fish, like spears, for example, they opted for fishing solely for the purpose of survival.

Then, when hunting for food stopped being the primary way of getting it, fishing didn’t disappear – it just took on a new form. Up until the 15th century, deep-sea fishing wasn’t a thing, but with the arrival of steamboats four centuries later it really took off, opening the door for fishing as we know it today.

This 40 thousand-year-old activity is today a relaxing pastime for many of us who love spending time on the water, whether fresh or salty, taking in the quiet and sweet solitude nature can offer, enjoying the sunshine and fresh air.

We’re really in luck for the fact that our country has both fresh and saltwater bodies we can fish in. The variety of fish and scenery alike make fishing a very versatile and fun activity altogether. Still, as always, with variety comes responsibility.

Freshwater and saltwater fishing really do differ from one another, and in more ways than just the composition of water. To be able to fish well in both of these environments you’ll need different gear and a different approach, but luckily, we’re here to learn the intricacies of fishing!

As we said, you’ll need the proper equipment to successfully fish in both of these environments. Even though some of it will be interchangeable, the baitcaster reel isn’t. That said, buying suitable baitcaster reels that correspond with the water composition can really transform and up your fishing game.

First and foremost, we have composition. This one isn’t a shocker as the type of water obviously dictates the materials used in making the reels.

We’re only taking into consideration baitcaster reels instead of including reels like spinning ones as I feel they are the ones that perform best in both of these environments and can really help you with your fishing.

On to the differences!

As I said, the type of water dictates the materials. While freshwater isn’t corrosive and won’t damage your reel in the long run, saltwater is and will eventually render your reel unusable. That’s why you’ll need a reel that has all the additions in place that will protect it from this damage.

For instance, freshwater reels are made with simple metals that yes, are subject to corrosion, but before you come to that stage you will probably have moved on from that particular reel on your own. Taking good care of your baitcast reel will definitely add to its longevity though, so make sure to follow instructions on proper care and maintenance.

When it comes to saltwater reels though, they too are made of the similar simple metals used in freshwater reels, with the difference of added coatings and protective materials that will help separate them from having any contact with the salty water and thus get damaged.

The seas and oceans are home to much bigger fish than fresh waters are. Because of this, you’ll need a reel to match and withstand the pressure and pull of a fish.

Saltwater reels have a sturdier, stronger composition that can support tougher lines, which in turn won’t break when a bigger fish bites.

Lines are usually made with weight in mind, so you’ll need to get one that corresponds with the size of fish you’re out to get. Still, if your reel isn’t strong enough to support the pull, you might end up losing the fish and the reel in the process.

With freshwater reels, it’s a bit easier, as the fish found in ponds and lakes aren’t as stubborn and strong as those living in our ocean.

Again, the lines are made with weight in mind, so you won’t need to invest in a heavy one to go fishing at the local pond and your reel doesn’t have to be all that sturdy and strong to withstand the pull of the fish you’re trying to catch that day!

Because of the added materials and the overall composition of the reel, saltwater baitcasting reels are pricier than their freshwater counterparts.

Still, they are a smart and necessary investment that will pay itself off with their longevity and ability to withstand anything a big fish might throw their way.

Freshwater reels, on the other hand, are cheaper, but this doesn’t mean they aren’t great at what they’re supposed to be doing. You don’t need to get a saltwater reel to go freshwater fishing, not at all.

This would be an extra cost you don’t really need to spend money on as the reel won’t get to perform its best under the circumstances. You will do just fine with a freshwater reel and you’ll do so for a long time.

Sure, if you’re an avid fisherman and don’t really feel like investing in two sets of reels you can definitely go for saltwater baitcast reels for both fresh and salty water fishing, but then you’ll be subjecting your reel to twice the stress and wear-and-tear, cutting its longevity a bit short.

By getting a reel for both types of water you’ll be setting yourself up for many years of successful and fun fishing trips across the country and you won’t have to worry about your reels under or overperforming.

Think of it this way. If you’re making a painting, for example, you’ll get a bigger brush to paint a background, but a smaller, finer one for detailing and finishing touches.

If you went in with the bigger one for details and background you’ll end up with a big mess and if you’re using the smaller one for the same two purposes everything will go much slower and you’ll spend a lot of time you could’ve spent more wisely.

It’s exactly the same with baitcasting reels. By getting the two types for the two types of water you’ll be setting yourself up for maximum performance with minimal effort and all you’ll be left with is enjoying the nature, scenery, and the fishing itself. 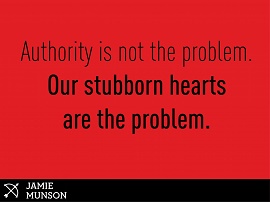